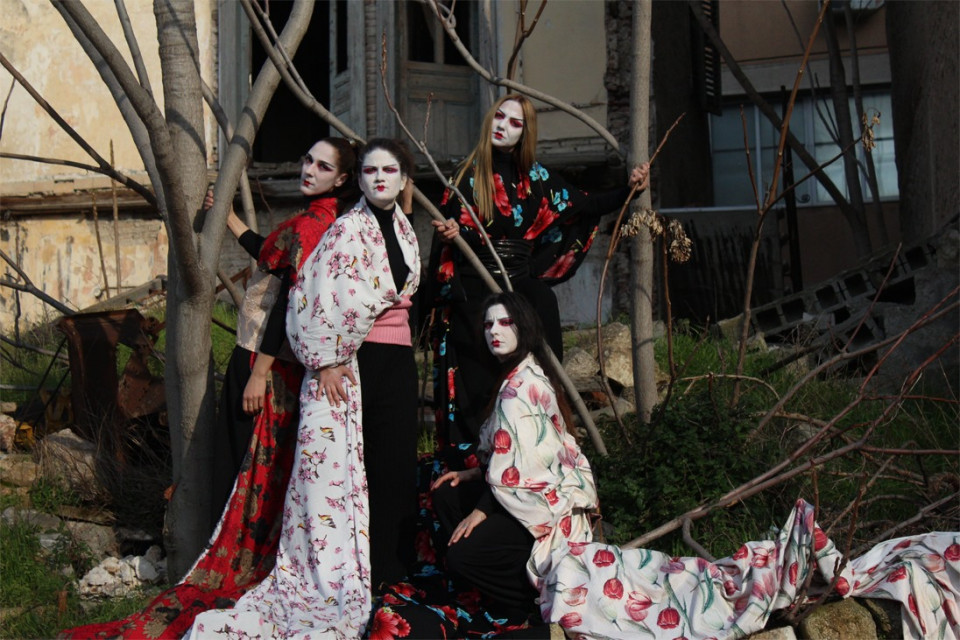 Our group was created in 2009 and it is a partnership between deaf and speaking artists aiming at uniting through the theatre all the audience with the use of two different linguistic elements, sign and spoken language. The Group attempts-through continuous occupation with theatrical action-to bring out new communication codes in theatrical performance utilizing, from an innovative perspective, Sign Language and Spoken Interpretation, the principles of Improvisation and the techniques of Physical theatre.
The Group has presented a variety of plays, from classical repertoire, modern theatre and children’s theatre to educative theatres, archaeological sites and cultural foundations such as Kakogiannis Foundation, the Ancient theatre in Olympia, Delphi, The National Archaeological Museum, the Municipal -Regional Theatre of Roumeli, the National Theatre of Northern Greece, the French Institute of Athens etc. In 2018 the Group represented Greece in Delphi with the play ''From Darkness to Light''-8 Extracts from Ancient Tragedy (Aeschylus, Sophocles, Euripides) in World Blood Donor Day. Recently our Group has taken part, presenting our artistic course amongst ten equivalent European artistic groups, in the conference ''Audience Blending by Arts (ABBA) Innovative Bilingual Theatre for deaf and hearing actors European Economic and Social Committee held in Brussels.

Both non-hearing and speaking actors who use body language and sign language participate in the performance in order to transfer us in a world where the supernatural element prevails in of the Far East.
The stage action is achieved combining different theatrical genres such as physical theatre and pantomime, with the contemporaneous presence of non-hearing and speaking actors. This parallel use of different language, sign language, by both worlds, creates the sensation of an unprecedented theatrical experience. Moreover, the play includes elements of the traditional Japanese theatre No and Kabuki. No theatre encapsulates a ritual character, based on singing and dancing, whereas the Kabuki Theatre is known for its standardization and, focusing on dance and aptitude. Another innovative trait of the performance is Visual Vernacular, which is a kind of physical theatre performed mainly by deaf artists. It involves poetry and pantomime elements to express a story which combines kinesiology, gestures, facial expressions and words from sign language, thus recording things within their visual complexity.

The ideological and sociological conflicts which emerge from the stories and the play raise questions about human existence and faith and focus on the subject of death, through a different perception of the Japanese culture. The political aspect of the performance brings out and approaches subjects that regard the relationship with oneself, with others, with their own world.
The performance carries a special ideological burden since both deaf and non-hearing persons participate in it, through whom essential issues arise regarding communication and accessibility to the art of the disabled. It's the first time that a work of Japanese culture is interpreted by deaf actors with the contemporaneous participation of speaking actors.

"In Ghostly Japan'' is an exceptional collection of stories based on the intriguing atmosphere of another world, which invites us to sense the culture of the Far East. The characters act and function in supernatural worlds, full of visions, demons and strange creatures, whereas the dead don't live in another world but next to the living. Actions are put into effect through adequate kinesiology and interpretation references from the traditional Japanese theatre No and Kabuki, and within a special pace, manifested by Japanese poetry itself. Word-actions bring to light different meanings and assume other dimensions, combined with sign language, illuminating issues that concern human contact, faith and hope always connected to death.
The sense of’ "diversity" assumes a different dimension, as well as containing a double meaning and status related to the artists on stage who experience and express a world which seems apparently distant and different whereas, in reality, it is equally human and familiar. Hearn may have written this work in order to point out the beauty of the Japanese culture, but he also motivates us to reflect on the common roots that all cultures might be sharing. The performance is a collective artistic work addressed to both deaf and hearing audiences. We firmly believe that this offers an excellent artistic spectacle and an innovative stage narration that refers to the artistic concerns of the audience and will attract its interest. A poetic journey through stories and images of the Japanese culture that is open to all. 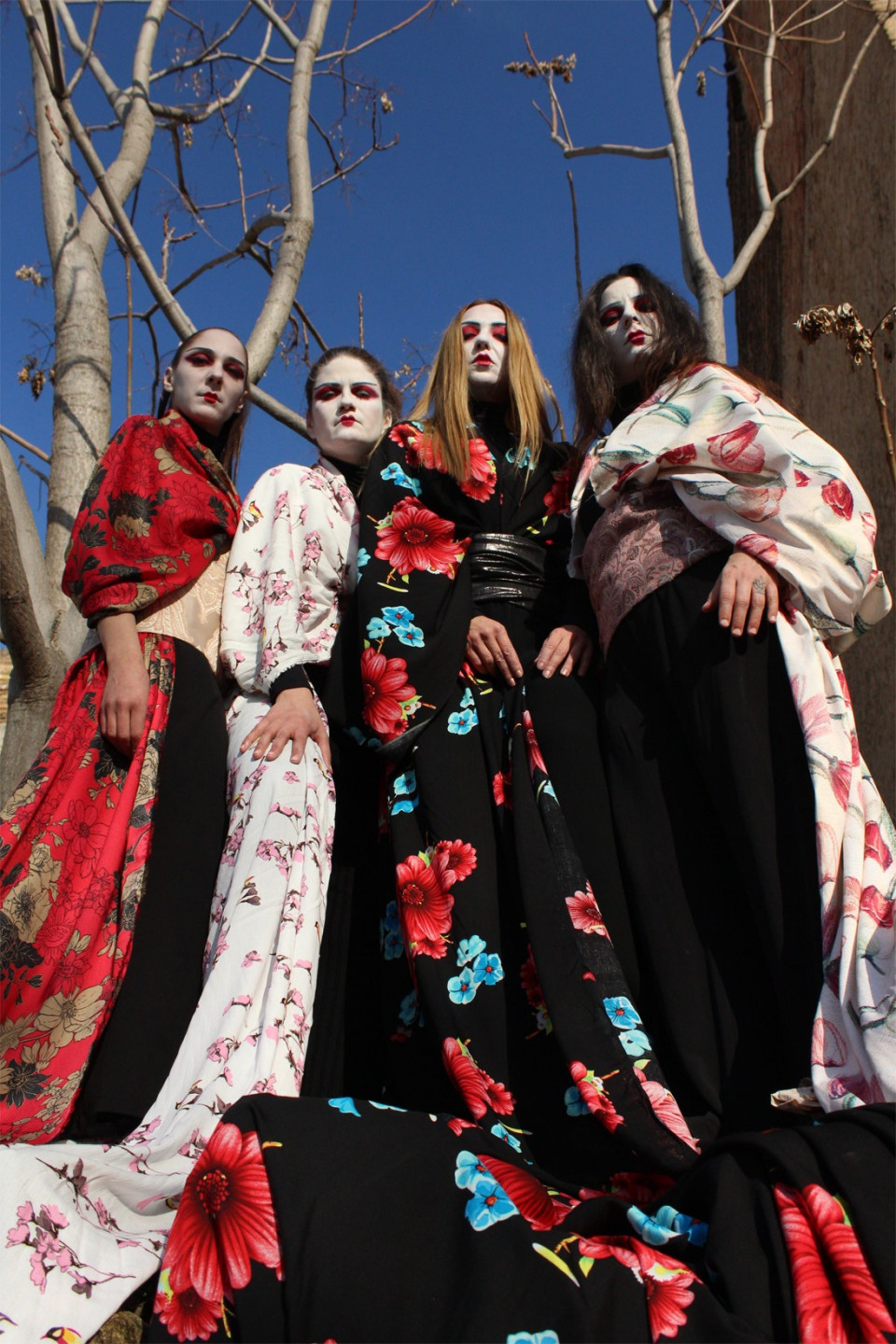 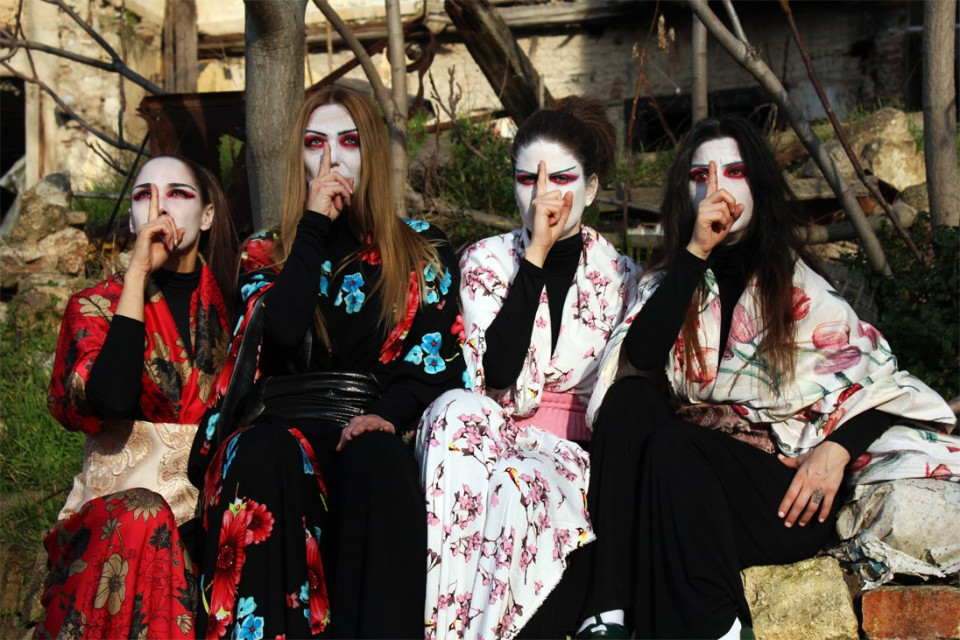 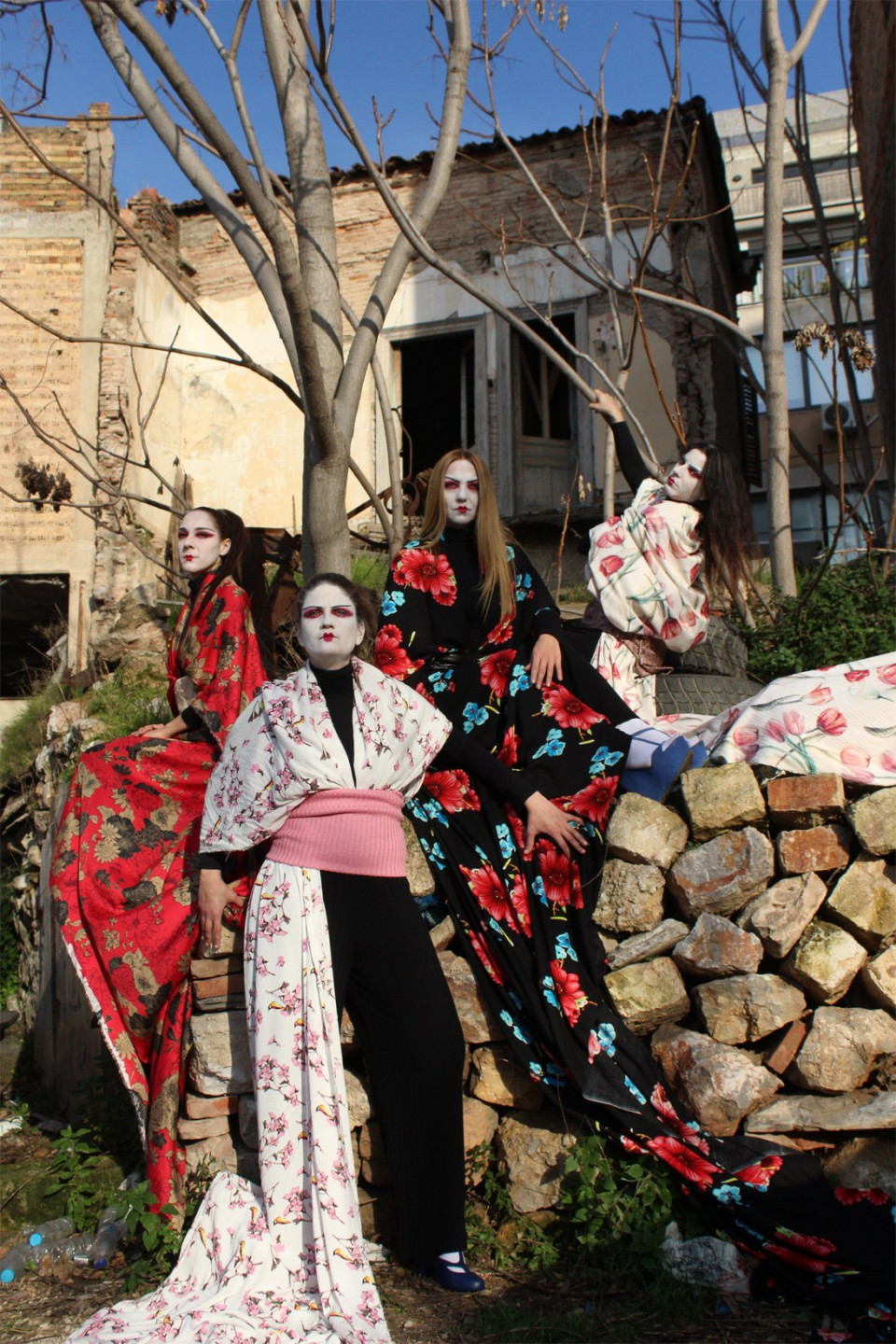